Rolly Logs is an "infinite runner" mobile game, built using Unity. The point of the game is to balance on a rolling log while traversing undulating, increasingly difficult terrain.

The graphics in this game were all drawn using a very old copy of Illustrator that will most certainly not install on my next computer. After completing the character illustration, I saved the various parts of the body into pieces that could be animated independently.

In addition to programmatic animation, I used Unity's 2D platform to animate the character. 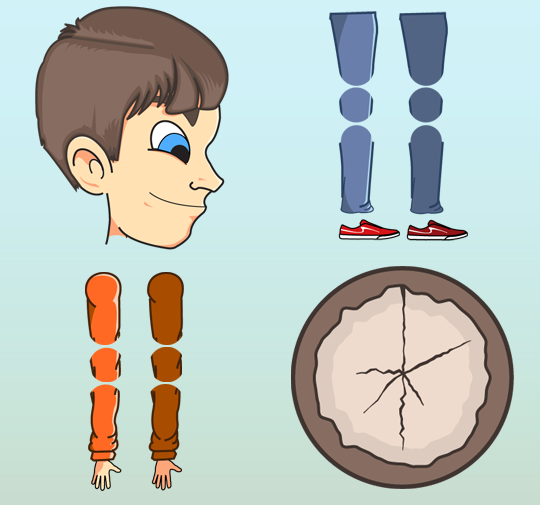 As per the Unity standard, C# was the language used in this project. Although I chose Unity's 2D platform, building a dynamic environment was not possible in 2D. In particular, generating hills with dynamic, curving paths.

So, I switched to using the 3D package to generate hills on the fly. These hills are basic bezier curves with variable properties. The 4 main properties are: Height, Width, Bezier handle A, and Bezier handle B. As time went on, the angles steepened, and thus the game became more difficult.

The ratio between hill height and curve is limited to a certain amount or staying upright is impossible. 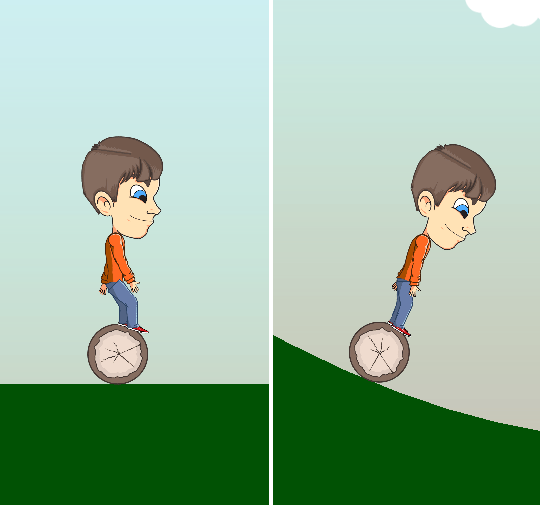 This game was a simple exercise that ultimately did not warrant a release. If I were to do this again, I would have made it full 3D with an orthographic camera. Converting 3D meshes to 2D limited what I could do dynamically. In particular modifying textures and shaders that did not transfer to 2D. 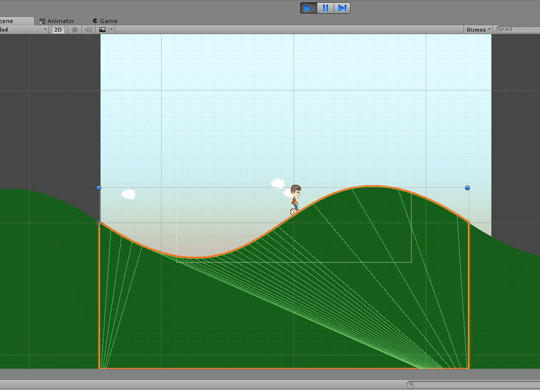 You can download an Android build of the game below. It has been tested on Android 9 & 10. It should work on phones down to 7. You'll have to take the necessary steps to install apps outside of the Play store.