Writing, producing, and recording music has been a hobby (passion) of mine for over 20 years. I'd like to highlight a few areas, and show you some of my gear.

I've been using Logic Pro before it was owned by Apple. Which should suggest I have a lot of experience with it. I've composed songs, recorded MIDI, recorded audio, and mixed down numerous songs with Logic.

Recently, however, I've been using Ableton for new projects. The workflow just seems to suit the sort of music I make better. I've been able to ditch Rewire and IAC busses by running everything in Ableton. Plus, the MaxMsp integration is really amazing.

I use a number of plugins and other software packages with Ableton and Logic. Some of those are: MaxMsp, Five12 Numerology, and Valhalla plugins. 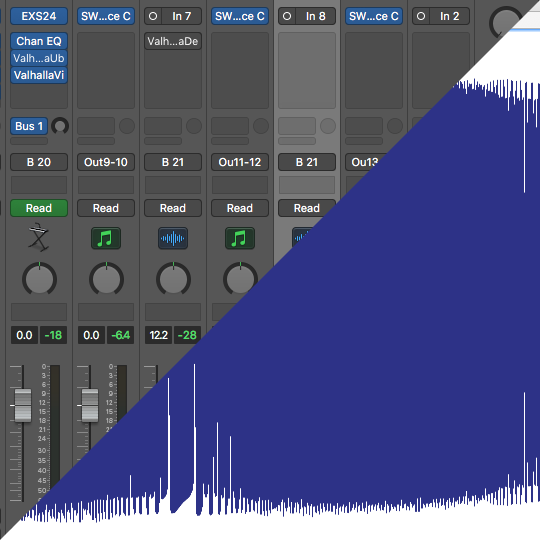 This is a picture of my eurorack modular system. This is about 10 years worth of building. I also have a DSI Prophet 08, Makenoise 0-Coast, and a handful of software synths. I'm quite versed in the art of synthesizing sounds. 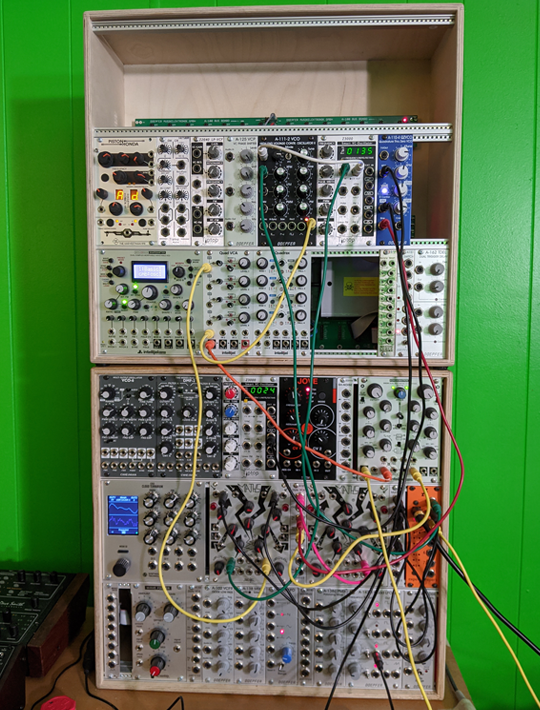 Here are my top three guitars. PRS S2 Vela, Fender Stratorcaster, and a PRS SE 245. I'm no virtuoso by any means, but it's one of my favorite ways to spend down time. I've got a number of overdrive and distortion pedals as well. 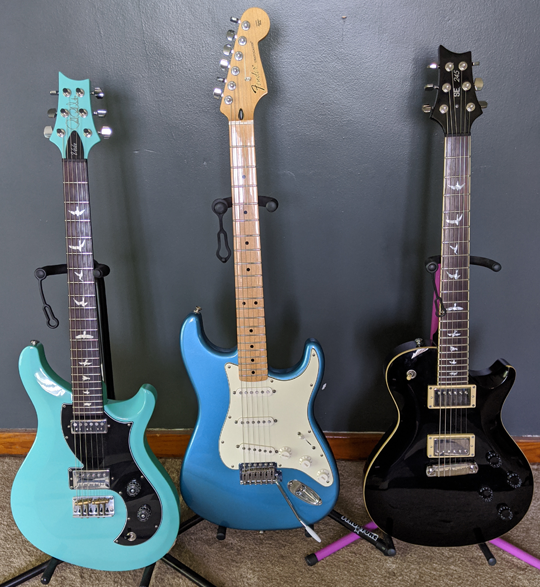